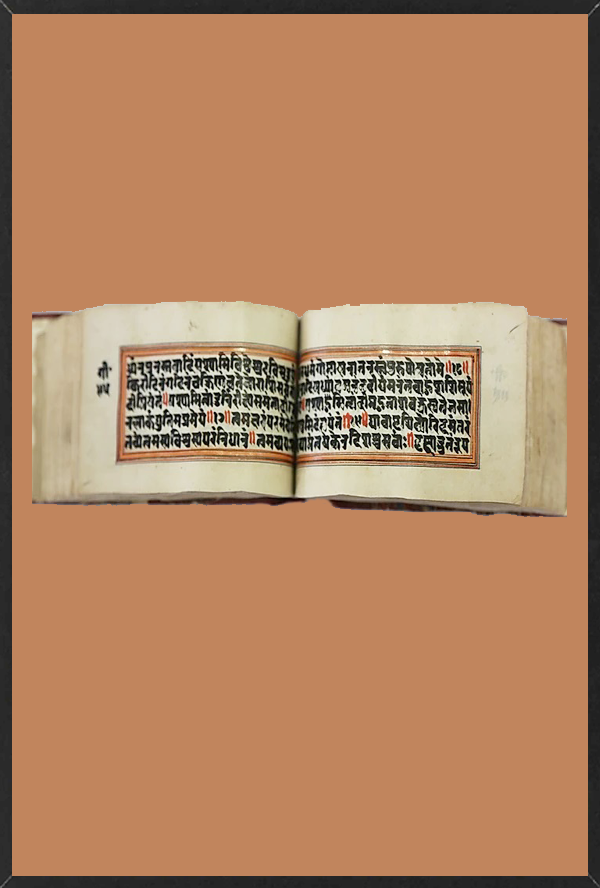 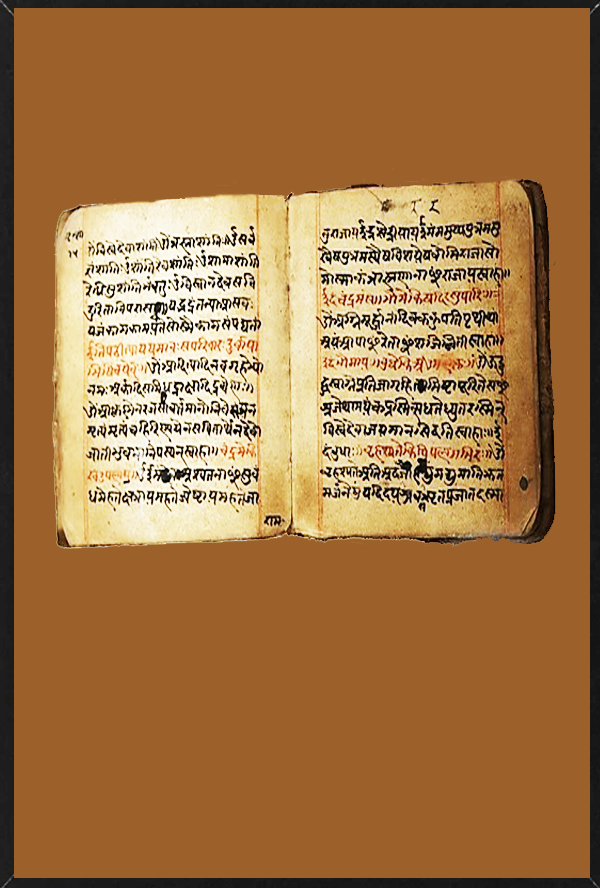 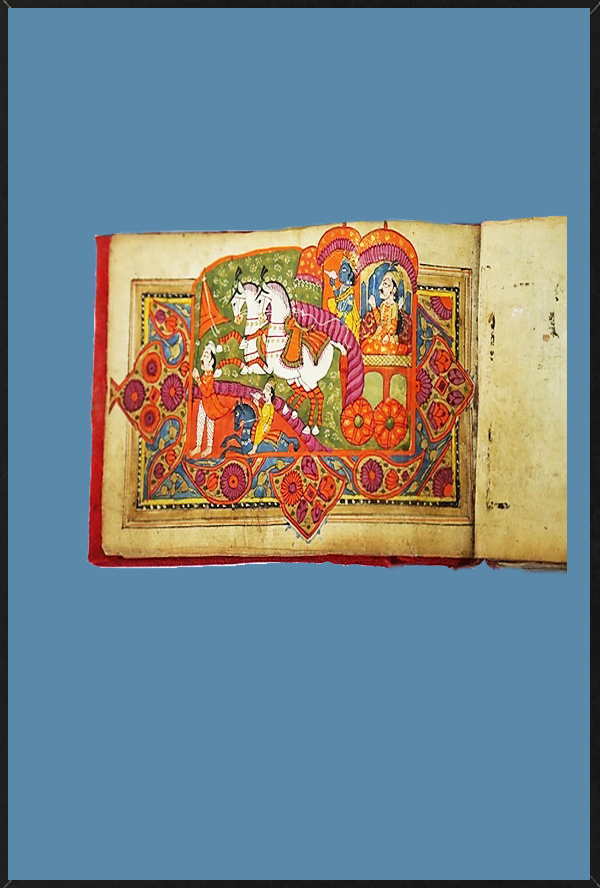 Kangra art museum has a rich collection of manuscripts and historical documents. These hand written pothis shed important light on the historical, political and the religious conditions of the society. Manuscripts were stored by pandits, temples and scholars since the days of the yore. The Kangra Art Museum has hand written manuscripts in its collection which come mostly from Kangra and its surrounding region. Though those manuscripts are complete in all respects, they are limited in number. Most of these manuscripts are in the form of loose folios written on hand made paper. The use of paper as a writing material became popular in India during the reign of Muslim rulers. According to Dr Herman Goetsz, paper was introduced in Kangra in the 17th century. These manuscripts are written on Sialkoti paper. These are mainly in Deva nagri, Persian, Bhoiti, and Takri scripts. The ink employed to write the manuscript was prepared from black soot procured from mustered oil. The pandit sat in the vir asana posture in the Bih (outer verandah) and place before him pen box, ink and paper. He would touch his forehead with handmade kalam and utter the words “OM NAMO SIDDHAM’. The work of writing the manuscript was commenced in the morning of any auspicious day. When a manuscript was long in disuse, it was immersed into the river. Every Brahmin household followed the pursuit of writing a manuscript. These Brahmin families were well versed in Jyotish, Karmakanda, Tantra, and Ayurveda. The prominent manuscript of  Kangra was the Jalandhra Pith Dipika of which many versions are available. One of its versions is preserved in the Bhuri singh Museum. This important manuscript of Kangra deals with the geography of the holy places of Kangra region. More over this museum has acquired artefacts from other parts of India as well. The Kangra art museum also possess a small collection of state, papers, agreements, sanads, declaration and decrees. Some of these manuscripts are in Persian, takri, Gurumukhi and Nagari script. These documents represent the ancient archives of Kangra.