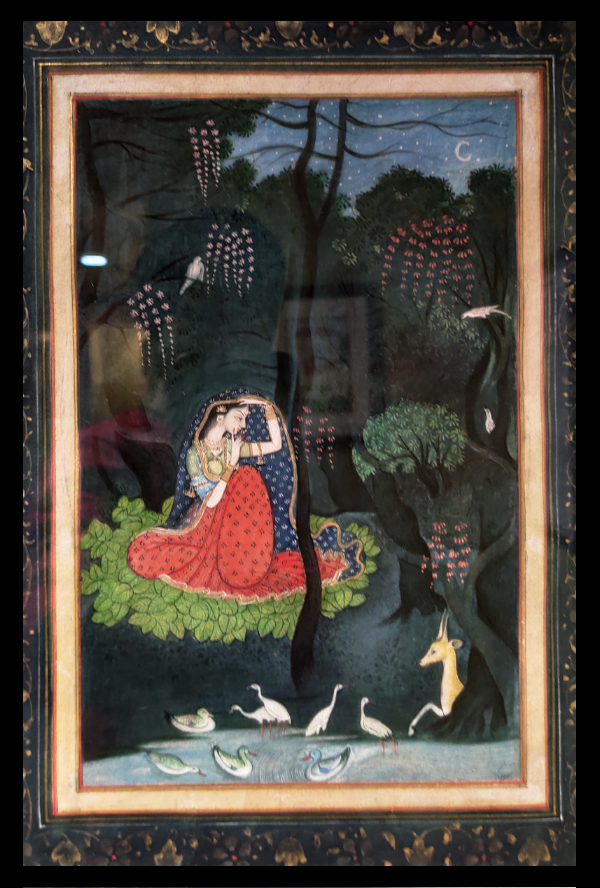 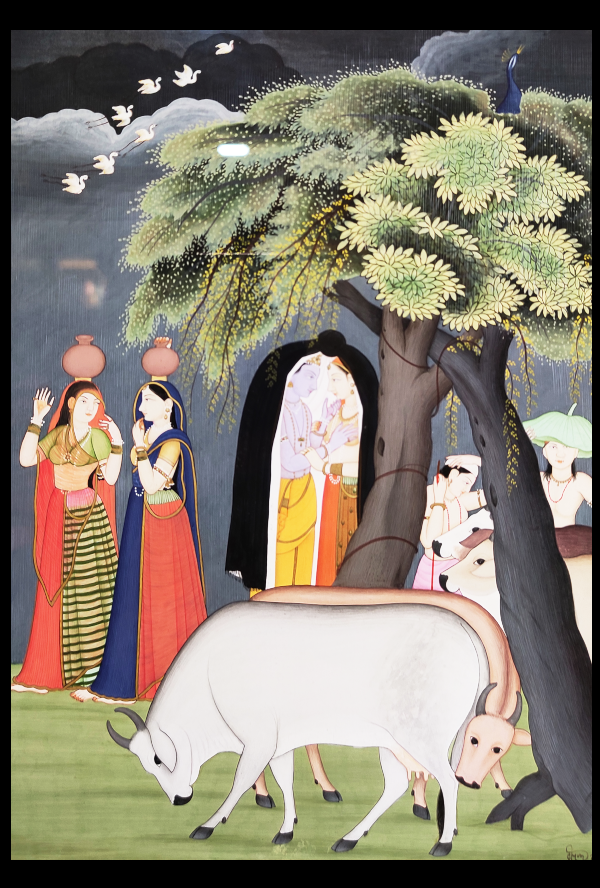 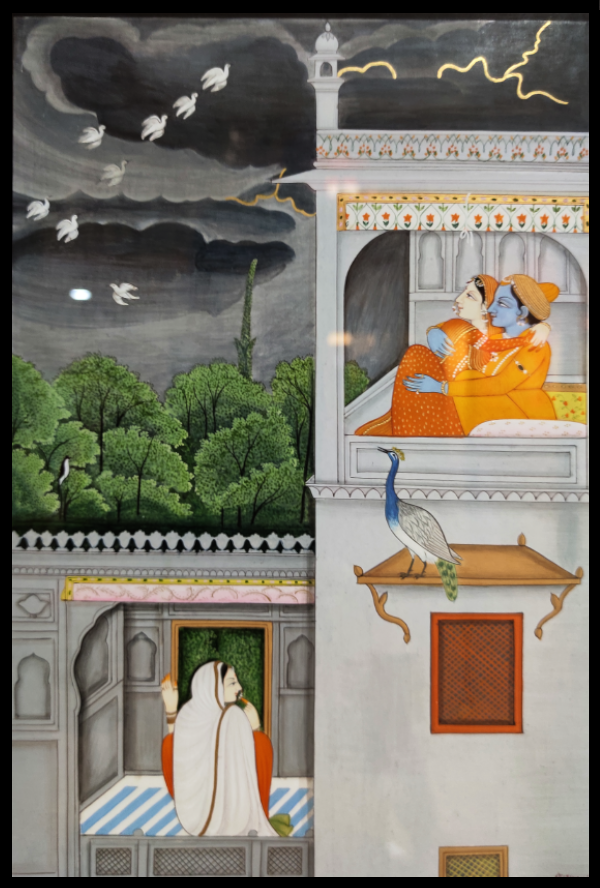 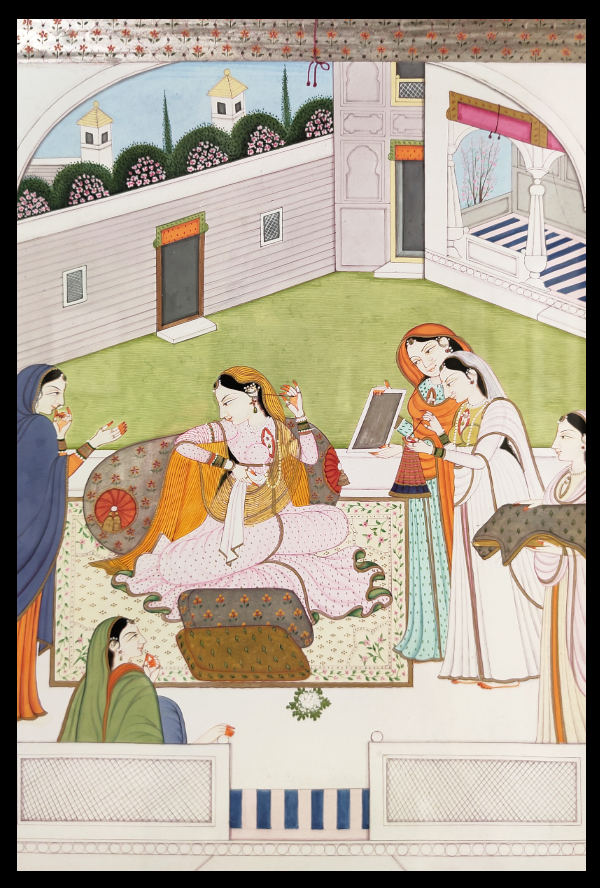 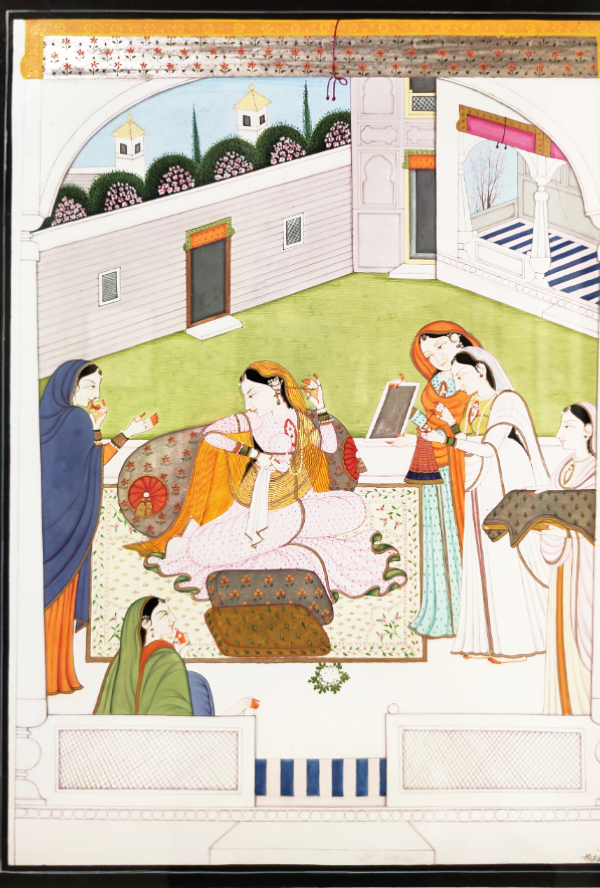 The Nayika theme has been depicted in Chamba, Garhwal, Guler, Kangra, Mandi and Nurpur schools from among the Pahari school. The Pahari schools developed in the hilly regions of North India during 17th to 19th century. From Jammu to Almora and Garhwal,Himachal Pradesh. the range is wide,varied and very interesting. Basohli school is from Jammu which is known for its bold colours. Kangra is famous for its Radha-Krishna depictions and its lyrical quality.; being greatly inspired by Jayadeva’s Geeta-govinda. Central India has the Malwa, Datia and Bundelkhand schools.